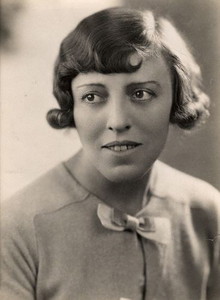 On the last day of November the weather has gone to rain and wind. Good weather for hunkering indoors and reading and writing.

It got me thinking about all this year’s literary prizes (and there were a lot) and how some of the results of those prizes won’t be known until 2016. Writing for competitions requires a lot of hope and patience.

The Bruntwood Prize for Playwriting ­http://www.writeaplay.co.uk/ was won this year by Katherine Soper. When I read about this one phrase stuck in my mind, the winning play was described as ‘written by a shop girl’. Obviously you wonder why they didn’t just call her a ‘writer’ as that’s clearly what she is. And the words ‘shop girl’ sounded­ slightly pejorative, as if working in a shop was bad. But it’s also funny! Lots of writers have worked in shops, some still do, and then I remembered reading about another playwright who was also referred to as “Shop Girl Writes Play” by a newspaper after she won a prize. That writer was Dodie Smith (Dorothy Gladys Smith, 1896-1990) and she was working at Heals in 1931. Before she started writing novels, Dodie Smith wrote plays. She had worked in the theatre so writing plays would have seemed a natural progression.

Most people will know of Dodie’s first novel I Capture the Castle published in 1948, which has that famous and brilliant first line, “I write this sitting in the kitchen sink.” After that the rest of the book has a lot to live up to and fortunately doesn’t disappoint. It’s such a wonderfully funny, bittersweet love letter to growing up, writing and England. The 2003 film version with Romola Garai as the narrator, Cassandra, definitely does the book justice.

I Capture the Castle film

Dodie’s other famous work was the children’s book The Hundred and One Dalmatians (1956) which was apparently inspired by a friend’s comment about Dodie’s own beloved dalmatians “Those dogs would make a lovely fur coat!” 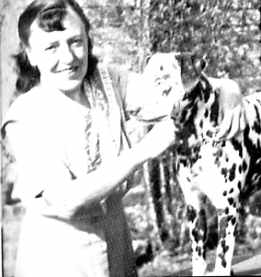 It’s another well observed book and mixes humour and fear brilliantly. Cruella de Vil is terrifying, but also a great (if unintentional) anti-fur ambassador. Who would want to be like her?

Dodie spent all her life writing and if it wasn’t books or plays, it was letters to friends or her diary. She was a full-on full-time writer and a wonderful inspiration to anyone who’s ever worked in a shop and dreamed of be able to write professionally.

If you want to know the full story about Dodie get hold of Valerie Grove’s biography Dear Dodie: The Life of Dodie Smith